“Sekhmet” is now available over at my #Society6 Shop: (https://society6.com/thecubanwitch) #sharemysociety6

In Egyptian mythology, Sekhmet was originally the warrior goddess of Upper Egypt, and the protector of the pharaohs. It was said that her breath created the desert. She is depicted as a mighty lioness, the fiercest hunter known to the Egyptians. When Lower Egypt was conquered by Upper Egypt, Sekhmet was seen as the more powerful of the two warrior goddesses, the other, Bast, have been the protector of Lower Egypt. It was Sekhmet who would eventually be seen as the Avenger of Wrongs, and the Scarlet Lady. 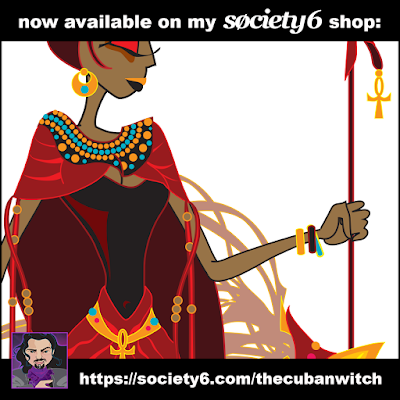