Though I was raised Catholic, I haven't considered myself one since my mid-teens. However, I find this prayer and the voice in which it is spoken to be very soothing.

On My Etsy Shop: Nut

On My Etsy Shop: Signed & Matted 5x7 Nut Art Prints $15. Nut was the Egyptian goddess of the nighttime sky and all heavenly bodies, and a symbol of protection for the dead when they enter the afterlife. According to the Egyptians, during the day, the heavenly bodies, such as the sun and moon, would make their way across her body. They would be swallowed at dusk, pass through her digestive system during the night, and be reborn at dawn. She was usually pictured as a woman arched on her toes and fingertips over the earth; her body portrayed as a star-filled sky. 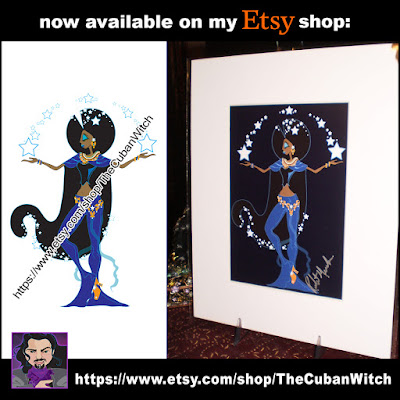