On My Etsy Shop: Signed & Matted 5x7 La Virgen de Guadalupe Prints $20. According to official Catholic accounts of the Guadalupan apparitions, during a walk from his home village to Mexico City early on the morning of December 9, 1531, Juan Diego saw a vision of a young girl of fifteen to sixteen, surrounded by light. This event occurred on the slopes of the Hill of Tepeyac. Speaking in the local language of Nahuatl, the Lady asked for a church to be built at that site in her honor. From her words, Juan Diego recognized her as the Virgin Mary. When he told his story to the Spanish bishop, Fray Juan de Zumárraga, the bishop asked him to return and ask the lady for a miraculous sign to prove her claim. The Virgin then asked Juan Diego to gather some flowers from the top of Tepeyac Hill, even though it was winter when no flowers bloomed. There, he found Castilian roses,which were of the Bishop's native home, but not indigenous to Tepeyac. He gathered them, and the Virgin herself re-arranged them in his tilma, or peasant's cloak. When Juan Diego presented the roses to Zumárraga, the image of the Virgin of Guadalupe miraculously appeared imprinted on the cloth of Diego's tilma. 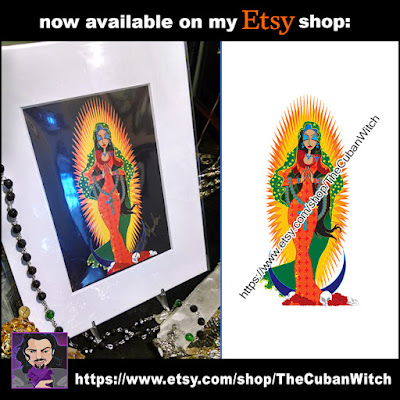