On My Etsy Shop: Brides of Adam

On My Etsy Shop: Signed & Matted 5x7 Brides of Adam Art Prints $20. According to legend, Lilith was Adam's first wife, created at the same time and from the same earth as he was. She would, however, eventually abandon both her marriage and husband after refusing to become subservient to him. Eve was then created from Adam's rib to be both his new wife and companion, but unfortunately, she succumbs to the Serpent's temptation and eats the forbidden fruit from off the Tree of Knowledge of Good and Evil. Eve shares the fruit with her husband, and as a result, the first humans are cursed and expelled from the Garden of Eden by God forever for their disobedience. 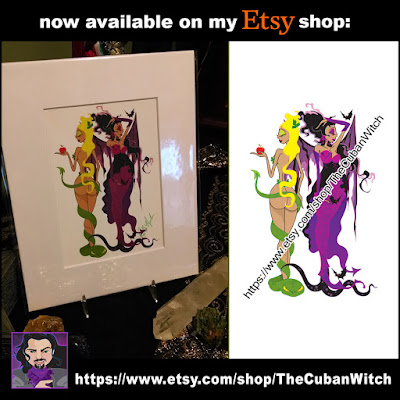