"Meet & Greet" at The Inevitable Concert with Jinkx Monsoon and Major Scales. 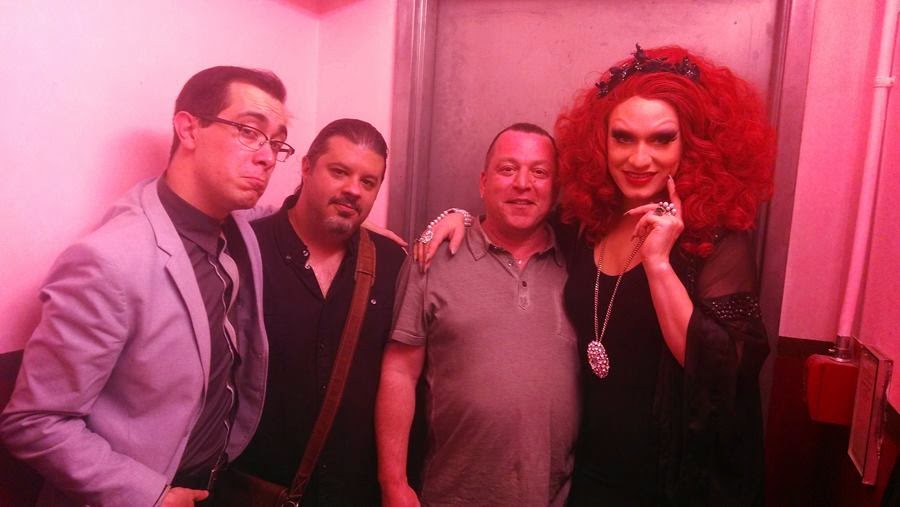 Once again, another amazing evening filled with song, laughter and cocktails. Jinkx and Major performed songs from their recently released "The Inevitable Album" (available on iTunes). I have absolutely fallen in love with their cabaret-styled shows, and can't seem to ever get enough of them now. My only regret (and it's a minor one) is that they didn't perform "Witchcraft". It's always been one of my favorite songs. Other than that, my husband and I were simply blown away by their show. Jinkx has a wondrous voice is simply such a natural performer.

On another note: The "Meet & Greet" area had, apparently, recently been repainted an overwhelming shade of pink at the Beechman. It, unfortunately, seems to make everything and everyone else within it also appear to be the same shade of pink. The effects, thankfully, were not permanent and Brighton and I returned to our natural hues shortly after leaving the area.
Posted by Roberto Mendoza
Email ThisBlogThis!Share to TwitterShare to FacebookShare to Pinterest
Labels: Coffee, Drag, Gay, Jinkx Monsoon, Major Scales, New York, Rupaul's Drag Race, The Laurie Beechman Theatre, Wine, YouTube Treasures