On My Etsy Shop: Venus & Eros

On My Etsy Shop: Signed & Matted 5x7 Venus & Eros Art Prints $15. Venus was a Roman goddess principally associated with love, beauty and fertility, who played a key role in many Roman religious festivals and myths. Venus was commonly associated with the Greek goddess Aphrodite and the Etruscan deity Turan, borrowing aspects from each. Eros was the son of Aphrodite and Ares, the Greek god of war. To the Ancient Greeks, Eros was the primordial god of sexual love and beauty, and was worshiped as a fertility deity. His Roman counterpart was Cupid ("desire"), who was also known as Amor ("love"). 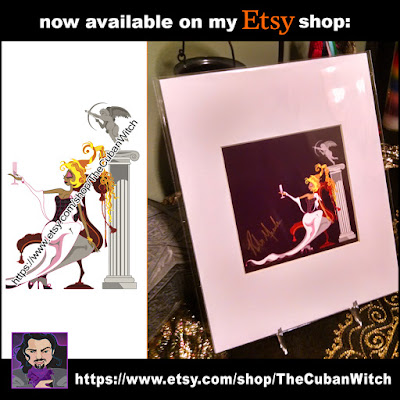