“The Good Witch” is now available over at my #CafePress Shop: (http://www.cafepress.com/azodnem/9857102)

L. Frank Baum’s children’s novel, The Wonderful Wizard of Oz, refers to Glinda as the Good Witch of the South, and ruler of Quadling Country. Later books will call her a “sorceress” rather than a “witch”. Baum’s writings make it clear that he did not view witches as inherently wicked, so some theorize that this change was meant to signal that Glinda was more powerful than any common witch. Others speculate that he may have simply decided to avoid associating Glinda with any of the negative connotations the word “witch” might have socially carried.

Artist's Personal Note: This lovely good witch’s appearance is an amalgamation, and tribute to several of Glinda’s incarnations and makeovers through the years, including: Baum’s original description of the character, Billie Burke’s appearance in the 1939 MGM film, as well as a nod to the Broadway musical, "Wicked" (blonde hair), based on Gregory Maguire’s 1995 revisionist novel, Wicked: The Life and Times of the Wicked Witch of the West. 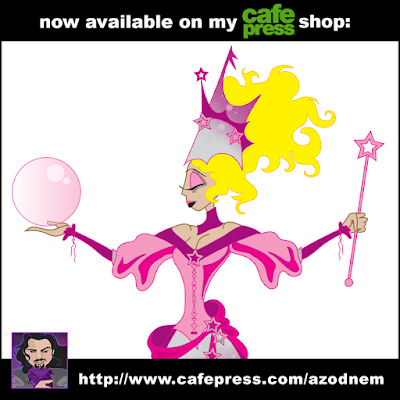